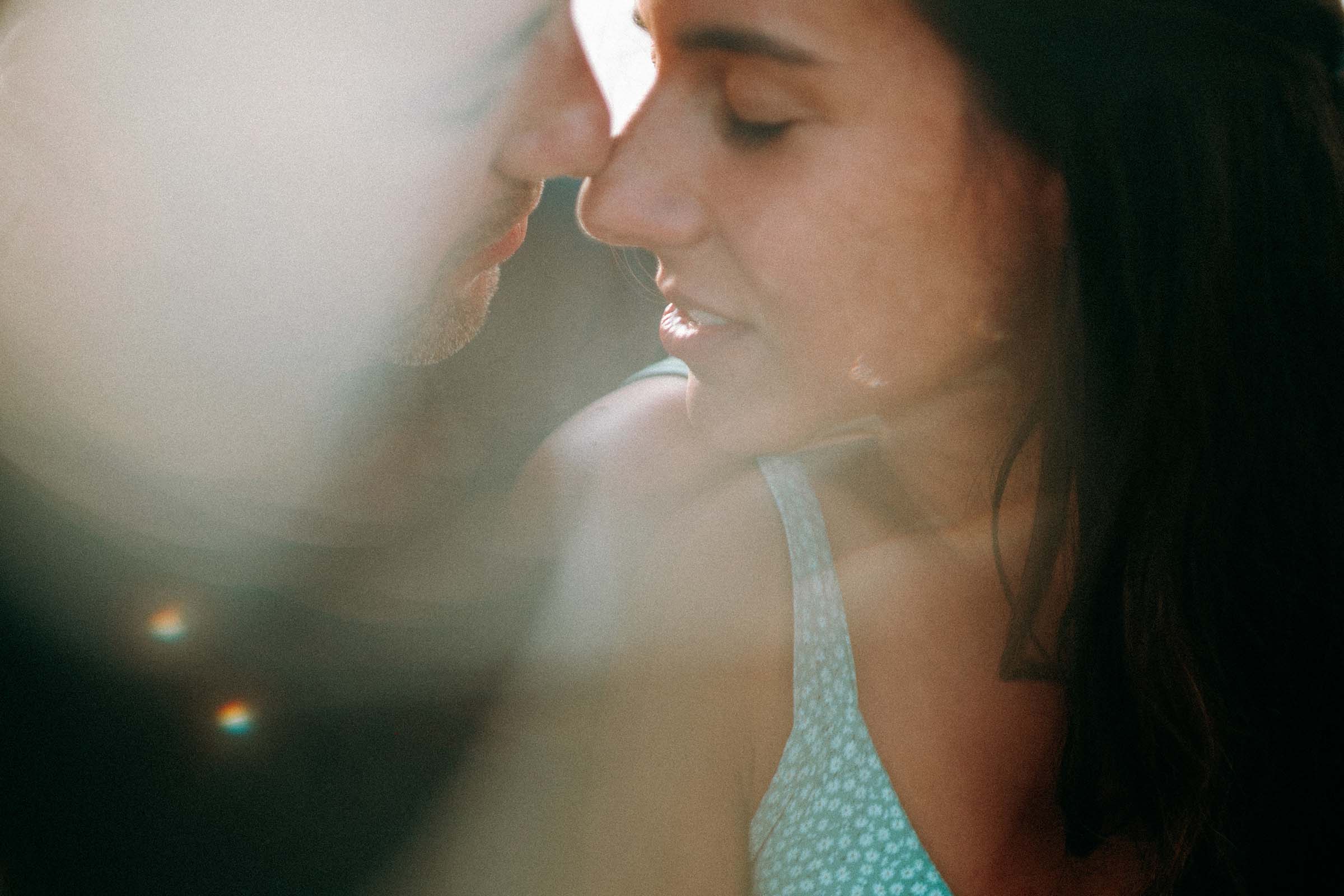 Killer Queen // We met Maria João and Nuno on a wedding we shot. In fact, Maria João got the bouquet but the party was so awesome that we needed to look for the footage in order to know what really happened there (let’s just leave it for another time – that one was one of the wildest weddings we ever had). A couple months after their friend’s wedding, they reached out to us and told us that they wanted us to shoot their wedding as well. They wouldn’t want anyone else to do it.

Since we already met in the previous wedding we arranged a couple coffees to talk a bit better about their wedding day but than 2020 happened. The pandemic hit and they didn’t want to have their wedding in such conditions, putting family and friends at risk. But they still wanted to mark their date since it was so important to them. So we decided to do an engagement shoot.

They talked to Miguel Matos as well to jump on board and we headed to Costa Vincentina, in the southern part of Portugal. They already had some ideas for this engagement shoot and when we heard about them we were all in for it! They wanted to rent a camper van to spend the weekend and wanted to shoot in and with it. As you probably know by now, me and Isabel are passionate for outdoors and we love this philosophy – just hitting the road and enjoying life as you are on the road.

We first met in Sintra for a quick stop at sunset in one of the most amazing beaches you could ever imagine, a place called Praia da Ursa, which is not very easy to go but totally worth it. We were there until the sun set and we had to hike back using our iPhone flashlights to see the trail. We finished the day in a nice little restaurant in Sintra talking about our adventure and life in general.

This was a great start! We went south the day after, driving and stoping in some iconic places for them since they usually spend their holidays in that area. We didn’t even really thought about the logistics because we were so thrilled about this shoot, but we ended up leaving our cars in a parking lot and just continue the journey with them in their camper van. I mean, what else could we ask for an engagement shoot?!

We were able to film in so many locations and so many different situations! That’s why we love our small country so much. When we arrange these kind of engagement shoots, they’re usually during one afternoon and in 1 or 2 locations. I always say that it is more then enough to capture some good stuff with the couple (and it is!), but I mean – one can never have enough. And spending 2 entire days with them, just enjoying the ride, was perfect!

It wasn’t even our first time in this area, we already had an adventurous couple surfing here as well, but it’s always great to be back! Shooting from dawn to dusk with them was a dream come true. When we bought the Jeep some time ago, most of my friends told me that I should get a camper van because the idea was to travel and discover Europe the same way we were doing this weekend. So you can imagine how much we enjoyed this engagement shoot!

Among many kms, endless talks, laughs and so much fun, we were able to create this to mark the first date of their wedding day. We will meet in 2021 for sure and throw an awesome party for everyone!

This is “Killer Queen”. One of our favorite engagement shoots ever.

Well, totally forgot about this session. Glad I’

What a year. I’m writing this down to let

Running out of captions but still have so many thi

Brides dancing are always gonna be my fav :’)
.

There’s many things we love about doing this. Bu

Hang in there. We’re editing non stop and we hav